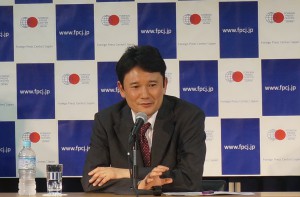 October this year will mark 60 years since the Soviet–Japanese Joint Declaration of 1956. At the beginning of May this year, Prime Minister Abe went to Russia to meet with President Putin, and currently plans to do so again in early September. The first official visit to Japan by a Russian president in 11 years is also being considered within the year, leading to increased interest on the Northern Territories issue and peace treaty negotiations, as well as the possibility of strengthened economic relations.

The FPCJ has invited Mr. Shinji Hyodo, Director of the Regional Studies Department at The National Institute for Defense Studies, to speak about the present and future of Japan-Russia relations.