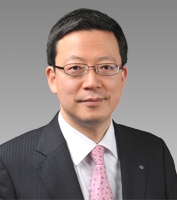 Japan has been buffeted by economic turbulence since the beginning of 2016, exemplified by falling stock prices, an appreciating yen and the Bank of Japan’s introduction of negative interest rates. Though fears continue to spread over the slowing global economy and general economic prospects, the Japanese economy is showing signs of an upturn: Companies are recording record-high earnings and more jobs are available (January’s ratio of job offers to job seekers was the highest in 24 years). Given this situation, the Abe administration—now in its fourth year in power—is facing close scrutiny over its handling of the economy, while Japan’s future economic prospects are the subject of close attention, too. The FPCJ has invited Mr. Tomo Kinoshita, chief economist at the Financial & Economic Research Center, a research arm of Nomura Securities Co., to talk about the state of the Japanese economy.