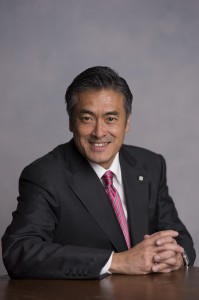 With convenience stores not only selling food and daily necessities, but also providing easy 24-hour access to a variety of financial and government services, they fulfill a vital role for life in Japan and could be considered the “fourth infrastructure” along with electricity, natural gas, and water. First appearing in Japan during the 1970s, the total number of convenience stores in the nation is now over 50,000, more than the number of post offices or gas stations. As the major chains enter overseas markets, there are also growing expectations towards the role they will play domestically in confronting the issues of a super-aged society. The FPCJ has invited Mr. Genichi Tamatsuka, the President and CEO of Lawson, Inc. which had its 40th anniversary in 2015, to speak on this topic.