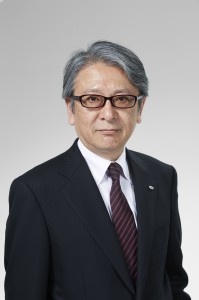 This year marks the 4th year of the current Abe administration. At his New Year’s Press Conference this year, Prime Minister Abe said that as a result of “putting the utmost priority on the economy the last three years,” Japan is “no longer in deflation.” The prime minister said he would fire his new “three arrows” at the three targets of achieving a 600 trillion yen GDP, Japan’s largest in the post-war era; raising the birthrate to 1.8; and eliminating cases in which people have no choice but to leave their jobs to provide nursing care. With the consumption tax rate increase planned for April 2017, what movement will there be in the Japanese economy in 2016? The FPCJ has invited Mr. Hideo Hayakawa, Senior Executive Fellow at the Fujitsu Research Institute Economic Research Center and also former Bank of Japan Executive Director and BOJ Director General of the Research and Statistics Department, to discuss the outlook for the Japanese economy in 2016.