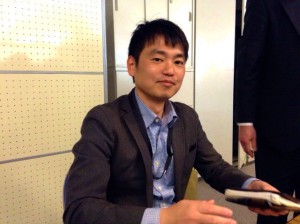 There are currently approximately 77,000 Buddhist temples in Japan, a number greater than even the 52,000 convenience stores nationwide. However, with changes to the fabric of society stemming from an aging population, a shift to nuclear families, and depopulation of rural areas, people are less connected with temples, and some experts say that in the future 30 to 40% of those temples may vanish. In response to this situation, there are a number of initiatives by younger priests to revitalize Buddhism, such as by having retirees utilize empty temples and by providing training for seniors.The FPCJ has invited Mr. Hidenori Ukai, a reporter for Nikkei BP’s Nikkei Business, to speak about the current situation of temples vanishing and the initiatives being implemented by younger priests. He is the author of Vanishing Temples—The Loss of Regional Areas and Religion, which was published this May and was written based on interviews at temples throughout Japan. He is also the vice head priest of Shogakuji Temple in Kyoto, which is run by his family, and will speak from his own experiences as well.