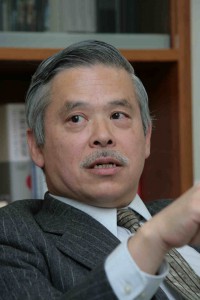 Mr. Akio Kawato, Former Japanese Ambassador to Uzbekistan and Tajikistan, and General Manager of the Japan and World Trends Website

As part of Prime Minister Abe’s “diplomacy that takes a panoramic perspective of the word map,” trips are being considered for the end of October to all five countries in Central Asia. Chinese, Russian, and American plans are all at odds in the region, in addition to the threat of Taliban and ISIS aggression from the south. Japan has been building stronger relations with nations in this region, so what political and economic meaning will this visit by the prime minister have? The FPCJ has invited Mr. Akio Kawato, former Japanese Ambassador to Uzbekistan and Tajikistan (currently General Manager of the Japan and World Trends website), and who was involved in organizing the 2004 Foreign Ministers’ Forum of “Central Asia plus Japan” Dialogue, to speak about Japan's relations with the region.