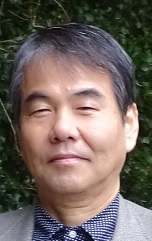 Due to being an island country, Japan developed a unique religious culture, but since World War II Japanese values and views on religion have changed significantly.  The 70th anniversary of the end of the war is an appropriate juncture to reexamine traditional Japanese ideas about religion that have been passed down for generations, and modern Japanese views on religions.  To this end, the FPCJ has invited religious studies expert Dr. Nobutaka Inoue, a professor at Kokugakuin University Faculty of Shinto Studies, and also a professor at Kokugakuin University Institute for Japanese Culture and Classics, to speak.  Dr. Inoue is also head of the Kokugakuin Organization for the Advancement of Research and Development and the Institute for Japanese Culture and Classics.  Don’t miss this rare chance!