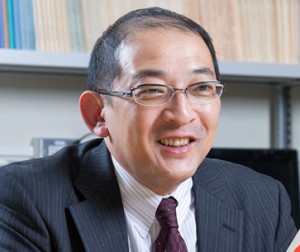 Ensuring Rural Communities Will Not Disappear

-A Form of Coexistence between Urban and Rural Communities

as Seen in a Return to Rural Living-

As the population of Japan continues to age and decline, last year the idea that rural communities would disappear became a topic of much discussion. In the 2014 White Paper on Agriculture released at the end of May this year, “a return to rural living centered on young people” was noted as a necessity for the stimulation of farming villages. The White Paper also points out that there are more regions attempting to solve the problems caused by an aging and decreasing population by having existing residents engage in training new farmers.  The FPCJ has invited Dr.Tokumi Odagiri, a professor at the Meiji University School of Agriculture, to speak about the trend of a return to rural living and the resilience of rural villages.