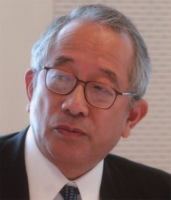 In Japan, territorial issues have received increased attention since last year. The Senkaku issue caused tension in Japan-China relations, and the Takeshima issue lies between Japan and the ROK. In the northern territories issue, Mr. Yoshiro Mori, former Prime Minister, visited Russia in February as a virtual special envoy of Prime Minister Shinzo Abe to talk with President Vladimir Putin. Some Japanese media report that Mr. Abe will travel to Russia for a summit meeting during the Golden Week holidays, referring to the possibility for a solution of the territorial issue and the development of Japan-Russia relations.

FPCJ has invited Dr. Kazuhiko Togo, who has worked at the MOFA as Director-General for the Treaties Bureau and the European Affairs Bureau, to talk about territorial issues in North East Asia.