Abenomics and Outlook for Japanese Economy 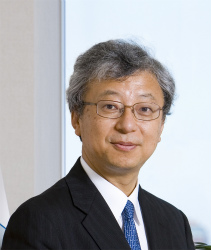 The Abe administration started about two months ago. Under the so-called “Abenomics” seeking to recover the Japanese economy with “three arrows”: positive financial policy, bold monetary easing and growth strategy encouraging private investment, in January the government decided an emergency economic package equivalent to more than 20 trillion yen in operation scale. With the Bank of Japan, it also stated a goal to achieve an inflation rate of two percent. In addition, to support the government’s efforts in terms of the tax system, the ruling party, LDP, decided on a Large Package of Tax Revisions. While receiving some criticism and concern, the yen keeps weakening, and Abenomics enjoys a favorable market response. Given these, increasing attention is now paid to whether Abenomics will really recover the Japanese economy.

FPCJ has invited Prof. Motoshige Ito of the Graduate School of Economics, University of Tokyo, to talk about Abenomics and the future prospects of the Japanese economy. He is a member of Prime Minister Abe’s Council on Economic and Fiscal Policy.