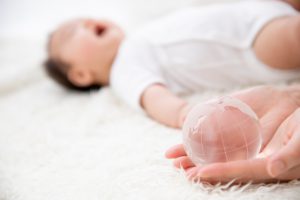 As the COVID-19 pandemic drags on, problems which Japan was already facing have been worsening, such as the declining birth rate and aging population, economic inequality, and the massive budget deficit. Monthly magazines and other media have been covering the social issues that come with these problems. The July issue of Chuokoron ran a special feature titled “Society is straining from loneliness and anger,” which included an interview with Minister in charge of Loneliness and Isolation, Tetsushi Sakamoto, who was appointed to this new post this February. Many of these articles analyze the weaknesses of Japan which have been exposed by the pandemic, but there have also been many discussions with the belief that a crisis cannot be overcome with pessimism alone, focusing on post-COVID-19 Japan from a long-term perspective and arguing for taking advantage of Japan’s latent strengths in order to build a bright future worth saving. These types of articles will be introduced below.

■“What will Japan be like in 2050? A post-COVID-19 timeline of the future,” Masashi Kawai, Journalist and Institute for Future Engineering Director (Bungeishunju, July)

Kawai noted that the pandemic brought preexisting issues in Japan to the surface and further exacerbated them, with the accelerating decline in the birth rate being a particularly serious issue that he warned could one day deal a fatal blow to Japan. With sexless couples a growing issue in the pandemic, the number of marriages in 2020 is also expected to decrease by over 10% compared to the previous year, with more people going unmarried or getting married later in life leading to a decline in the birth rate and having a wide-reaching impact on the future.

COVID-19 has also led to reduced domestic demand, with seniors going out less and a slump in their consumer sentiment, as well as causing an increase in the number of frail seniors due to a lack of exercise and communication with others.

It has been estimated that by 2025, one in five people 65 years of age or older (7.5 million people) will have dementia, but Kawai predicted that the pandemic will accelerate this timeline. As society ages, businesses such as convenience stores and restaurants will also stop 24-hour operations.

Kawai stressed that the strategies taken by the Japanese government and business sector up until now—expanding the seniors market, a 24-hour society, bringing in foreign tourists and laborers—have been proven to be nothing but a fantasy, and that from now on it was important to face reality and create a society which can withstand population decline. In a shrinking market, it will be necessary to increase the productivity and added value of each employee, and each business will have to reconsider their strengths and decide what to keep and what to abandon to “shrink strategically.” He also mentioned there was a chance to become a pioneer in developing goods for seniors if companies take advantage of their strengths to expand into different fields and create new products and services.

Kawai concluded, “As the population continues to decline in Japan, it will be necessary to find a balance in society, companies, and as individuals. Japan is about to enter a type of society no one else has experienced before. If shrinking is inevitable, then instead of being passive we should shrink proactively.”

Nakanishi described the impact of the COVID-19 pandemic on humanity like so: “It is as if humanity is a train that has suddenly entered into a tunnel and is continuing forward through it. No one knows yet when or how humanity will emerge from this tunnel...The world after the pandemic will be very different from the world before...Mostly, there are predictions that the conflict between the US and China will escalate.” He noted, “This pandemic provided a clear contrast between the Chinese system where criticism of the government is suppressed but efficient governance is carried out, and Western developed countries such as the US which have greater economic and technological potential but are unable to exercise that potential to the fullest due to political divisions and conflict.”

Nakanishi noted that although future international politics will revolve around the US-China conflict, it will not be a neatly ordered situation like with the US-Soviet cold war, and instead will be a competition with various complications and uncertainties, so a perspective of dual civilization shifts will be important. The first is the perspective that China, India, Islamic countries and African countries are rediscovering the value of non-Western civilization, and so have room to build an order with traditional civilization as a foundation. The other perspective is that humanity’s universal modern civilization is shifting from industrial civilization to a deindustrialized information civilization, and humanity is beginning to search for an option to maintain the environment without causing excessive alterations such as climate change.

With constraining factors such as the declining birthrate and aging population, reduced economic competitiveness, and massive government debt, Nakanishi stated Japan can no longer base its foreign policy around participating in the international order as an economic power, and that intellectual fields are where Japan can make a contribution in the shifting international order due to these dual civilization shifts. He remarked that the essence of Japanese culture is not in output such as literature or cuisine, but in the method and spirit of filtering and absorbing various civilizations and cultures to create something unique. “Using this ability, we will be able to contribute to mutual understanding between civilizations rising at the same time and to building shared values beyond the differences between civilizations.” Nakanishi stressed that respect for and empathy with the natural environment was also an important element of Japanese culture, and that this would be very helpful in deindustrialization which does not cause too much manmade changes to the natural environment and in building an information civilization.

Ataka commented that this pandemic exposed Japan’s weakness when it comes to crisis response of being unable to look objectively at reality and act according to proper logic, and proposed taking advantage of the four unique strengths of Japanese society mentioned below to build a bright future.

1: High capacity for learning. Japan learns from cutting edge fields in other countries at an extraordinary pace, and then improves upon them in unique ways.

2: The ability to combine a variety of elements to create a strong and beautiful whole. Good examples of this are the Shinkansen and hybrid vehicles.

4: A culture willing to fully trust work to young talent.

Ataka argued that in order for Japan to overcome its weaknesses and take advantage of these kinds of strengths, change was necessary at the level of individuals, businesses, and the national government. When no crisis is occurring, politicians have a responsibility to prepare agile systems that can respond rapidly to times of crisis. Companies should also have a flexible system making it possible to dismantle and rebuild them at any time, like Lego blocks. At the individual level, people should prepare as many things as possible in order to make the future even a little bit better for the next generation. He suggests starting by thinking about what kind of world deserves to remain one hundred years in the future.

Uno argued that while at first glance, it seemed like democratic countries had a confused response to the COVID-19 pandemic due to privacy and other issues while authoritarian states like China were able to quickly clamp down on the spread of infection with rapid decision making and implementation, it was not possible to continue using the latter methods in the long term. Without creating a system in which people will cooperate with national policies of their own accord, at some point discontent will spread throughout society and weaken the country.

Uno argued that we should start by considering what democracy means. Representative (indirect) democracy, in which representatives debate in place of the public, is a fiction without persuasiveness today, and noted that according to value surveys, the younger someone was the less likely they were to trust representative democracy, and in particular over 70% of people in their 20s expressed some distrust. He explains that the younger generations want a form of direct democracy like in ancient Greece, in which their opinion is reflected in the decision-making process and they can feel like society moved in response.

Uno noted that there was no inherent reason behind dividing voters by region, and that if, for example, a constituency of only those in their 20s was created, it would create a place for the opinions of the youth to be heard, and there were also many other methods to bring the voices of the people into politics, such as by using social media or making a channel for direct policy proposals using digital tools. He suggested that perhaps new technology should be used to restore Athenian direct democracy under modern conditions.

He also suggested that Japan should reconsider democracy and create a new style unique to Japan not imported from the West, to speak with their own words. He explained that traditionally, Japan had culture equivalent to the context of Western democracy, such as the word ikki when people acted together against authorities to implement reforms, and the values allowing for shachu which civilians formed on equal standing with each other and the Meiji government’s Charter Oath stating that politics should be decided by koron (public discussion). Uno concluded, “By using words like these with roots in Japan, we may be able to draw out the power of democracy that sleeps within us. With global values wavering as they are, now is the time to look back on Japan’s history and culture to reconsider a form of Japanese-style democracy.”