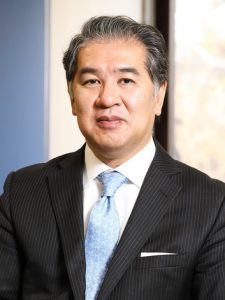 The world reached two important milestones last year with the 75th anniversary of the atomic bombings of Hiroshima and Nagasaki and the 50th anniversary of the Nuclear Non-Proliferation Treaty. In January this year the Treaty on the Prohibition of Nuclear Weapons came into effect. Despite being the only country that has suffered from nuclear bombings in wartime, Japan is faced with the dilemma of having no choice but to rely on the nuclear umbrella of the US due to the realities of international politics, as China and North Korea in possession of nuclear weapons. What role can Japan play in bridging the gap between different positions on nuclear disarmament, in order to realize a “world without nuclear weapons”, a shared goal of the international society?

The FPCJ has invited Dr. Nobumasa Akiyama, a professor at the Hitotsubashi University’s School of International and Public Policy, who is well-versed in the issues of nuclear disarmament and non-proliferation, to discuss a role that Japan can play in making substantive progress in global nuclear disarmament.

■Theme: What Contributions Can Japan Make to Real Progress in Nuclear Disarmament?

Please send any questions for the briefer or topics you are interested in to cp@fpcjpn.or.jp by 12:00 noon on July 8.  As there will only be a limited amount of time to ask questions during the briefing, we will collect questions and provide them to the briefer in advance.