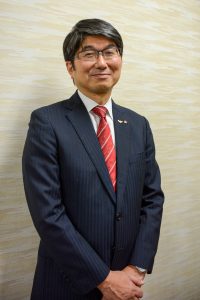 Mr. Tomihisa Taue has been active in conveying messages to the world calling for Nagasaki to become “the last place nuclear weapons were ever used” since he was first elected in April 2007. At the Treaty on the Non-Proliferation of Nuclear Weapons Review Conference, delayed since last year due to the global COVID-19 pandemic, he plans to speak about his desire for peace as the mayor of a city which suffered an atomic bombing. Having established 2021 as a new start line heading towards the 100th anniversary of the atomic bombing, in addition to the two main pillars of “passing on the realities of the bombing” and “calling for the abolition of nuclear weapons,” a third pillar of “cultivating peace culture” will be added to continuing initiatives for achieving a world without nuclear weapons, so that more people may begin to think about how peace affects them and take action to spread peace.

The FPCJ has invited Mayor Taue to speak about how Nagasaki recovered from the atomic bombing, the significance of the Treaty on the Prohibition of Nuclear Weapons coming into force in January 2021, and using the Olympics, a festival of peace, as an opportunity to send a message calling for peace and the abolition of nuclear weapons to the world.

■Members of the Foreign Press:
Please send any questions for the briefer or topics you are interested in to ma@fpcjpn.or.jp by Noon, July 1.  As there will only be a limited amount of time to ask questions during the briefing, we will collect questions and provide them to the briefer in advance.