This tour had ten journalists from the US, China, Germany, Italy, Switzerland and Arab countries.  (Click here for more details of the tour) 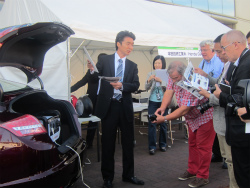 The tour started with filming and photographing the Honda Clarity hydrogen fuel-cell vehicle which had been exhibited at the Eco Techno 2013. The journalists had an explanation of the basic function of the hydrogen fuel-cell vehicle and its advantages, not only its environmental contribution as a “zero CO2 emission vehicle” but also its low energy loss compared with the electric vehicle. Honda also demonstrated how to use the vehicle as an external power source, connecting an inverter on the trunk with a coffee machine-served coffee to the journalists! Questions such as the precise timing and cost of the vehicle in the market, and the possibility of using the hydrogen fuel-cell vehicle to provide emergency power in a time of disaster were asked by the journalists.

The tour participants then visited the Higashida smart community where many energy demonstration experiments are in progress, including the hydrogen station and the vehicle-to-home power supply system using the Clarity. The journalists expressed surprise when they found out that we can supply approximately 6 days of household energy from a single hydrogen fuel-cell vehicle on a tank of hydrogen. The participants also covered Dynamic pricing, a system that aims to reduce energy consumption by sharing information between electricity producers and consumers, as well as the world-first attempt to use a pipe-line to supply the hydrogen generated at the iron foundry. Mr. Kota Mukai, who is a guide in the Kitakyushu City Environment Museum, emphasized the importance of a variety of green projects, saying, “The hydrogen program can be operated efficiently in Kitakyushu where there are many iron foundries and enough infrastructure. Other cities should have other ways to promote eco-friendly projects depending on their own city’s characteristics”. 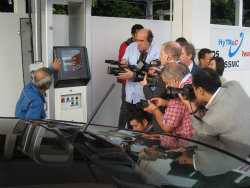 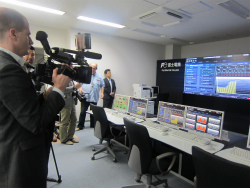 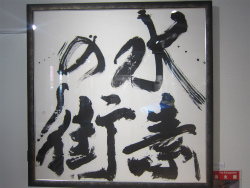 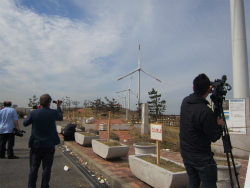 On the second day, the tour participants visited the Kitakyushu Next Generation Energy Park, a concentration of a variety of energy-related facilities. Mr. Junichi Hiraishi, chief of the energy strategy of the Kitakyushu, explained the city’s energy situation after the Great East Japan Earthquake in 2011 and its vision for the future. The journalists asked many questions about the city’s most difficult challenges such as: “How to achieve a balance between development as an industrial city and as an environmental model city?”  “How to face the contradictions of supplying cheap electricity and promoting the green energy at same time?”  At the park, every journalist had struggled to take pictures of the wind power stations which are more than 100 meters above the grand. 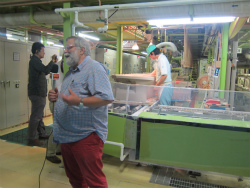 The journalists then moved to the factory of TOTO, a toilet maker which produces cutting-edge technology for conserving water. They eagerly filmed each manufacturing process of the toilets. Mr. Masanori Akasaka, the general manager, explained TOTO’s business style based on the idea of “"local production for local consumption" and its active approach to the newly developing countries where the toilet market has not yet developed. European journalists harangued to TOTO saying, “You should definitely introduce clean Japanese toilets to Europe！”.

At the end of the tour, the journalists participated in the OECD Green Cities Programme Commemorative Meeting for the Kitakyushu Report Publication, and the press conference by Mr. Kenji Kitahashi, mayor of Kitakyushu city, and Dr. Rolf Alter, OECD Director-General. For the reasons why OECD selected Kitakyushu as a model city for green growth, Dr. Rofl highly appreciated the efforts made by the city and its civilian power to realize a low carbon society, saying, “The history of the pollution problem in Kitakyushu is very similar to the cases in Asian countries nowadays, where industry has been rapidly increasing right now. Furthermore, green projects conducted by a big industrial city such as Kitakyushu would be a feasible model for these countries”.  Replying to a question by the Chinese journalist, “What is your advice for the Chinese government as the mayor of the green city?” the mayor introduced the environment improvement work which was jointly conducted by Kitakyushu and Dalian in China, and expressed his wishes to keep working with Chinese government on eco-friendly projects saying, “If we look at the history of Kitakyushu, we can find that the economy and the environment are surely compatible”. 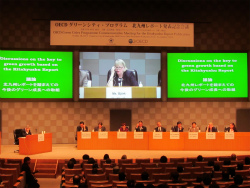 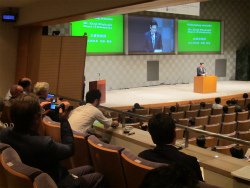 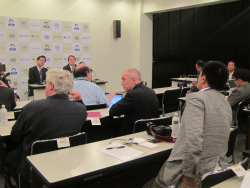