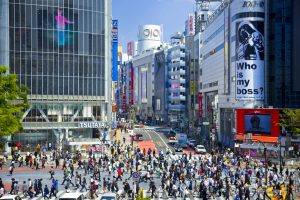 “The magma of the populace is building up in Japan as well,” Chuokoron, May

Populist movements have been gaining momentum recently in Western countries. In a discussion with Chiba University professor Jiro Mizushima which ran in Chuokoron, Hokkaido University professor Ken Endo notes that Japan’s nominal GDP has decreased by about 10% over the past 20 years, along with a major decrease in the income of workers: “There are quite a few ‘losers’ of a certain type, and although it has not bubbled forth like in Europe, the magma of the populace is building up underground.”

Speaking about immigration, an issue that has been adding fuel to populism in the West, Endo notes that although Japan is not accepting immigrants, there are 1.08 million foreign workers in Japan as foreign students or technical intern trainees, and the government is working towards bringing in even more. Concerned, he states, “If appropriate measures are not considered beforehand, the explosion of xenophobia from mainstream Japanese citizens will be worse than any crime by foreigners.”

Mizushima, using the current situation in Europe as an example, states that populism in an opposition party “ends up as just criticizing the ruling party, and acts as nothing more than a receptacle for political dissatisfaction.” However, he also notes the danger of populism when a populist party runs the administration alone: “There is the risk that they will move toward the unlimited exercise of authority in the name of the people. They are also against constitutionalism, and against the separation of the legislative, administrative and judicial branches of government.” Mizushima also warns populism could lead to the collapse of democracy, stating that if the foundation of democracy is not strengthened, “There is the risk that the outer edges of democracy itself will be eroded, and competition between political parties will no longer be viable.”

“How to overcome double-layered political alienation,”  Chuokoron, May

In an essay in Chuokoron, The University of Tokyo professor Masaki Taniguchi provides his analysis that the rise of populism in the West is due to two factors: 1) Growing instability and political alienation of the middle class, and 2) Hollowing out of the mainstream and criticism of existing politics due to technological revolution and globalization. Taniguchi stresses, “From a medium- to long-term perspective, these kinds of events are not irrelevant to Japan.” In addition to globalization and the Fourth Industrial Revolution, common factors affecting countries throughout the world, Japan is also facing problems including a declining birthrate and aging population, and a massive budget deficit due to increasing social security costs.

Quoting The University of Tokyo professor emeritus Taichiro Mitani, who called the lack of independence in politicians as well as the populace “double-layered political alienation,” Taniguchi notes, “Uncertainty that has spread to the middle class, along with politics that lack independent or effective measures, are not phenomena limited only to foreign countries. The only difference is the lack of a catalyst such as the refugee problem, a national referendum, or Trump.”

How to deal with “double-layered political alienation”? Taniguchi suggests defining a “core class”: “Instead of a middle class measured by income, they will be the protagonists of a new Japanese society, focusing on their level of awareness towards life or society, or on political and societal functions.” For existing politics, he suggests a basic national strategy: “Some apparatus is necessary to convince all political parties to try to avoid polarization.” Specifically, Taniguchi calls for 1) Shifting politics from the current focus on the political candidate, to a focus on political parties, and 2) Creating systems with greater consideration allowed for the two extremes of “spirited debate” and “making decisions.”